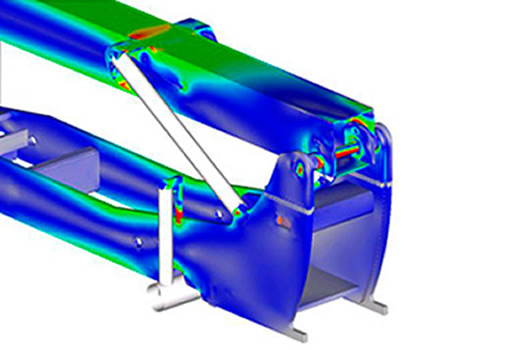 A detailed finite element analysis (FEA) was done on a new lift-truck design.  The analysis work was validated against the as-built lift-truck and shown to accurate predict tower deflections under load.

Analyzed a completely new lift truck design leveraging existing commercially viable designs from other manufacturers. The mechanical analysis included the whole lift truck structure from boom to hydraulic cylinders to engine compartment frame to the axles. The FEA model (Femap) used plates, beams, rigid links, gap elements, solid elements, and springs. The boom truck was exercised through its design envelope on the computer and optimized for strength and weight.

Modeling Notes: The final engineering design was built and lift tests were performed. All design criteria were met and the lift truck is now in production. 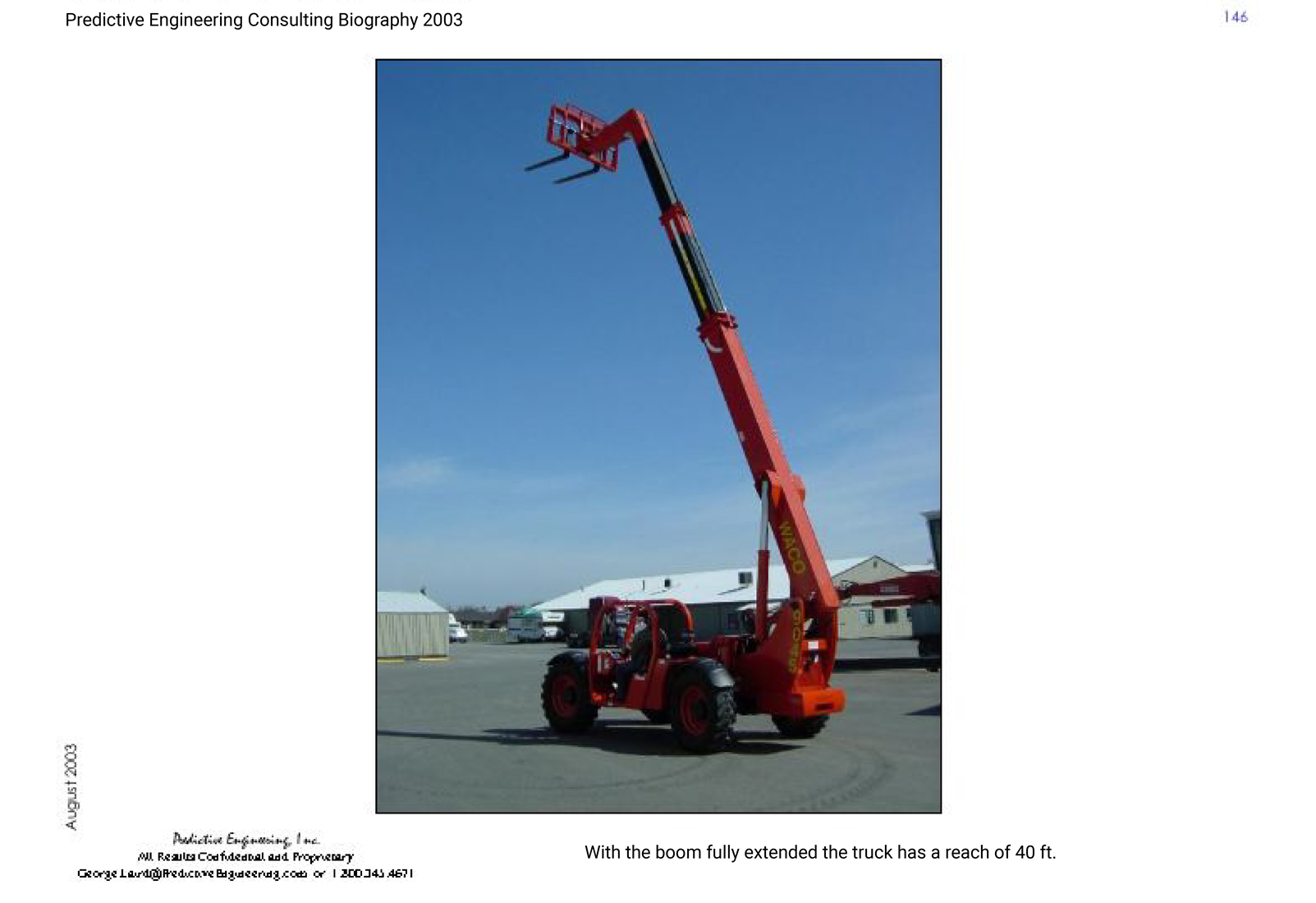 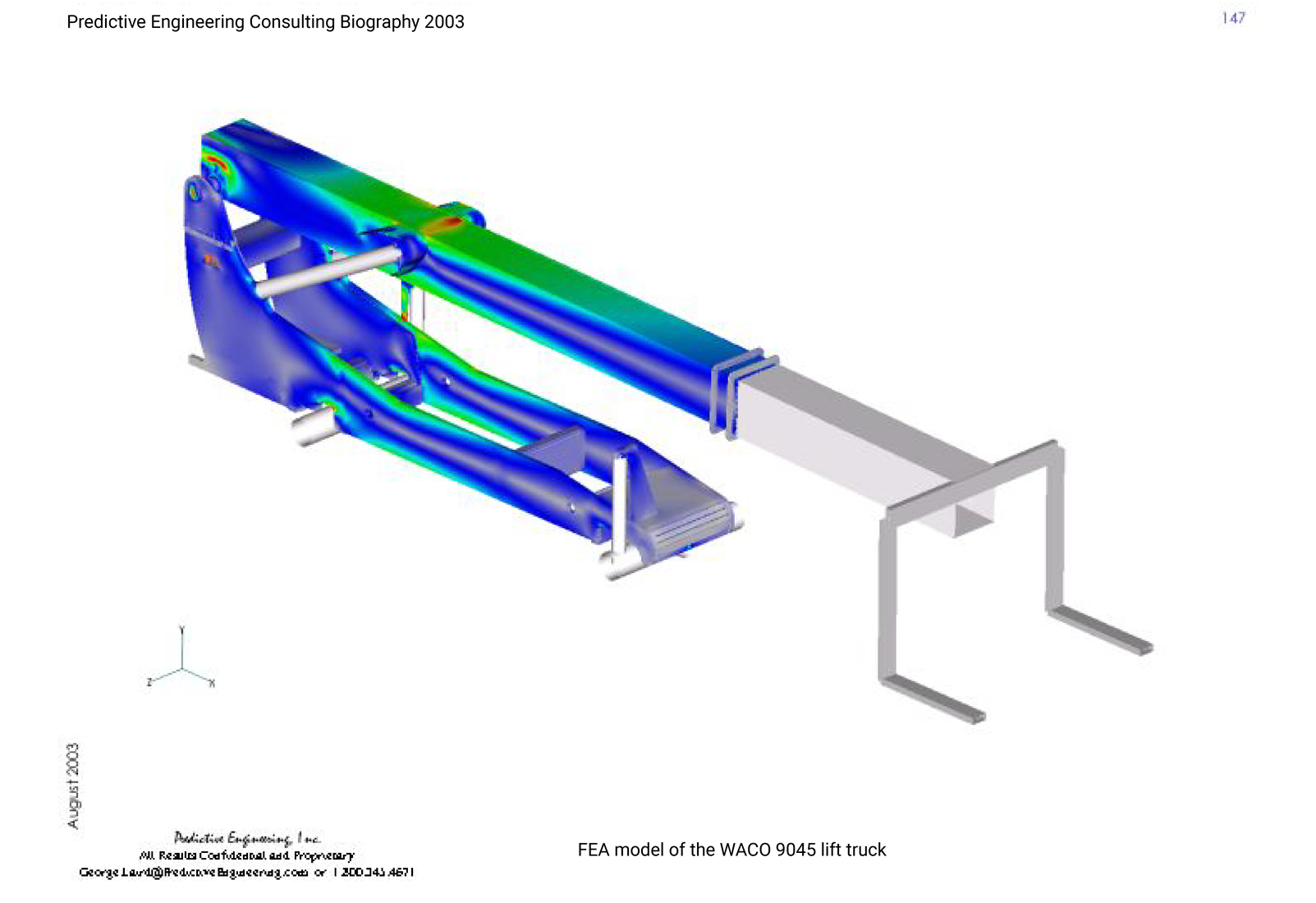 Figure 2: FEA model (Femap) of lift-truck with the boom in the carry position 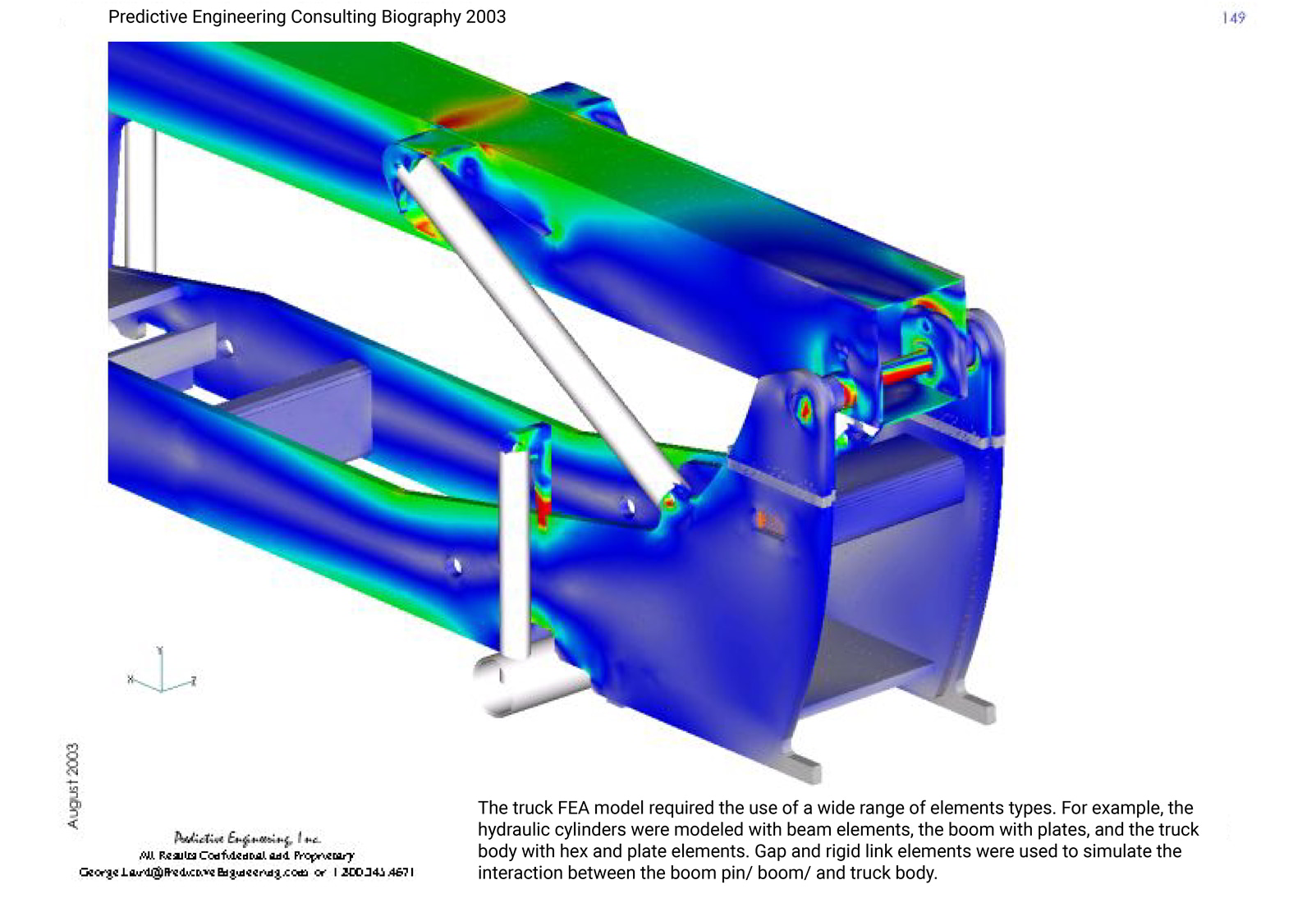 Figure 3: The truck FEA model (Femap) required the use of a wide range of element types. For example, the hydraulic cylinders were modeled with beam elements, the boom with plates, and the truck body with hex and plate elements. Gap and rigid link elements were used to simulate the interaction between the boom pin / boom / and truck body. 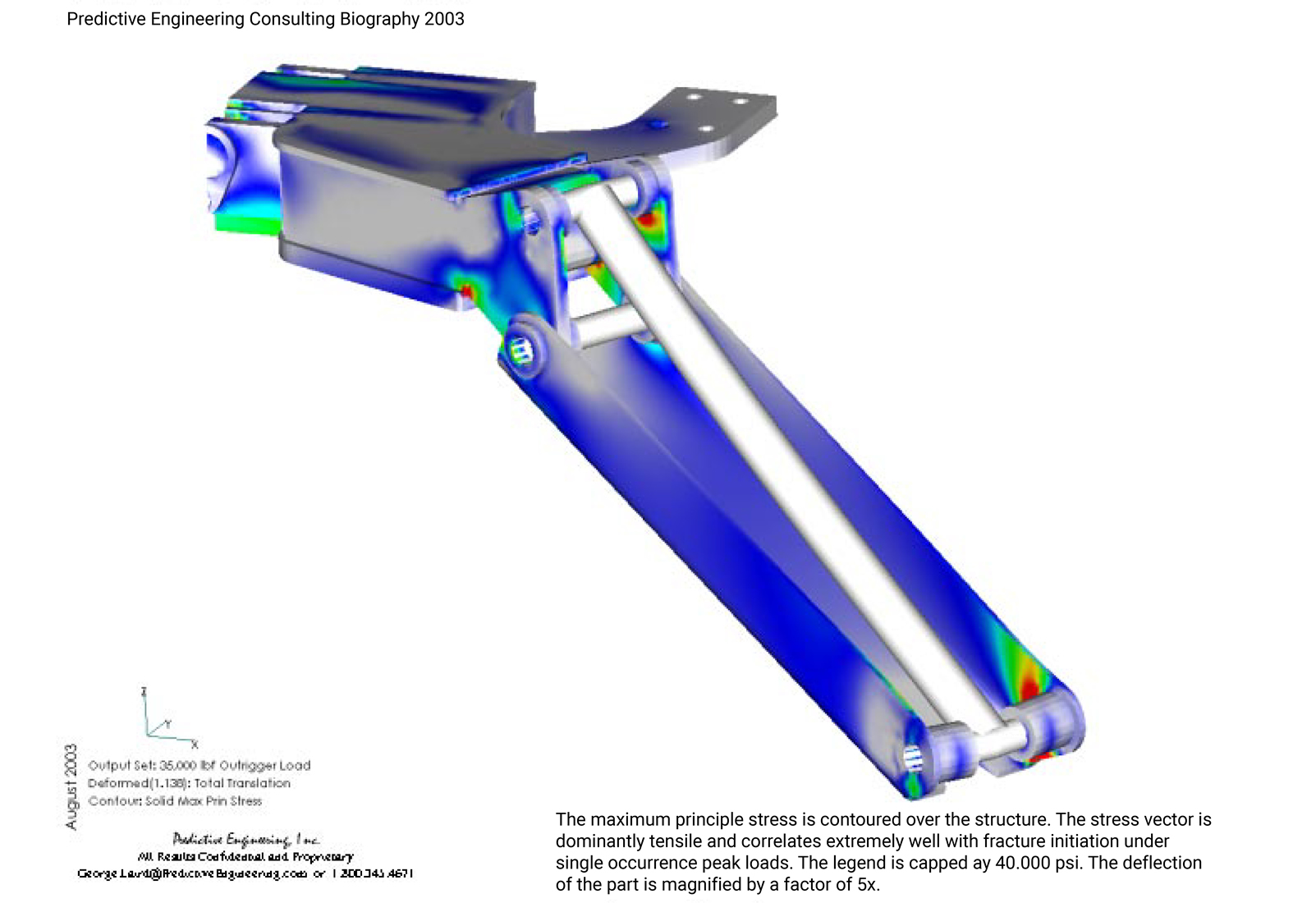 Figure 4: Under worst case conditions, one outrigger arm would support the total load carried by the front axle. Under full design load (11,000 lbf load X 1.5 dynamic bounce factor = 16,500 lbf) of 16.5klbf, one outrigger carries a load of 35,000 lbf. The pins and hydraulic cylinder were modeled as simple beams to facilitate load transfer between the parts.

The maximum principle stress is contoured over the structure. This stress vector is dominantly tensile and correlates extremely well with fracture initiation under single occurrence peak loads. The legend is capped at 40,000 psi. The deflection of the part is magnified by a factor of 5x.