Large, skid mounted, mobile generators are quite common to supply emergency back-up power at military bases or in remote locations where the local power grid may be unstable. The power output of these generators can range from hundreds of kW up 3 MW. The systems are designed to be completely self-contained with the fuel tank as its base. In some environments, the generator housings are required to withstand blast loadings due to the detonation of ground or airborne explosives (e.g., TNT). To avoid the cost of testing a complete generator set, procedures allow for the virtual simulation of the blast event using LS-DYNA. The blast intensity can be estimated using ConWep (Conventional Weapons Effects) based on TNT charge and the structure’s distance from the charge.

CAD geometry of the generator housing was idealized into a quad-dominate shell FEA model. The housing is a space-frame structure composed of structural steel tubing. This frame is then covered with lightweight metallic panels that are attached via self-taping screws. The frame and panels were all modeled with shells with the screws as beam elements connected node-to-node. Contact was enforced between all components to capture the interaction of the panels slamming against the ribs and other internal components.

The first pass through the work was to meet the CSA S850-12 and PDC-TR 06-08 Protective Design standards and once these requirements were met, the structure could be optimized to improve its manufacturability. Upon the final simulation, the survivability of the housing was shown to pass and that improvements in manufacturing and weight reduction essentially paid for the consulting engineering work. 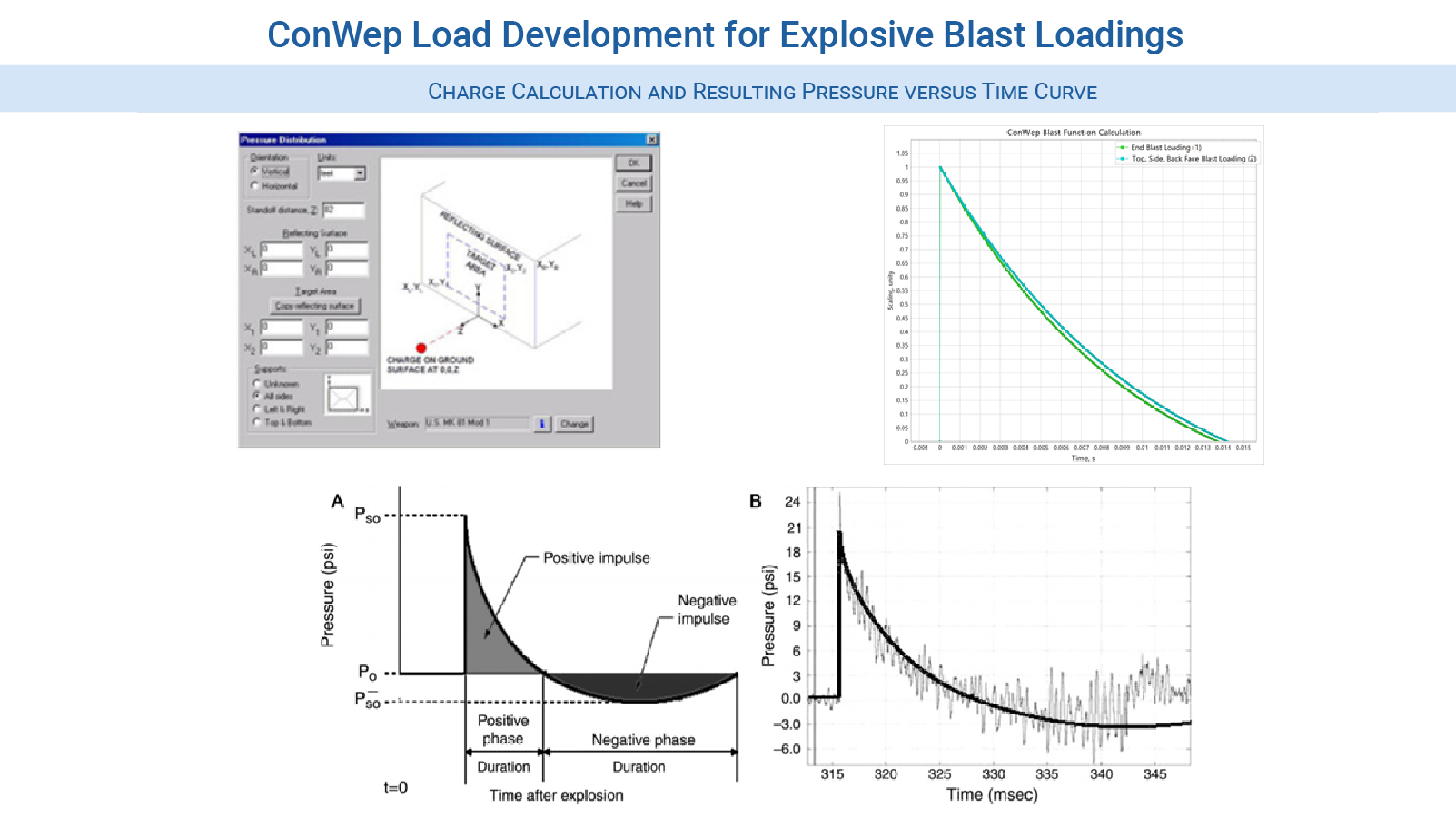 Based on a given TNT charge and target geometry, ConWep (Conventional Weapons Effects) will calculate the pressure versus time curve that can be used on the LS-DYNA model. The process is simplified but has been correlated to experimental blast effects (as noted by the classic Friedlander waveform as compared to experimental data). 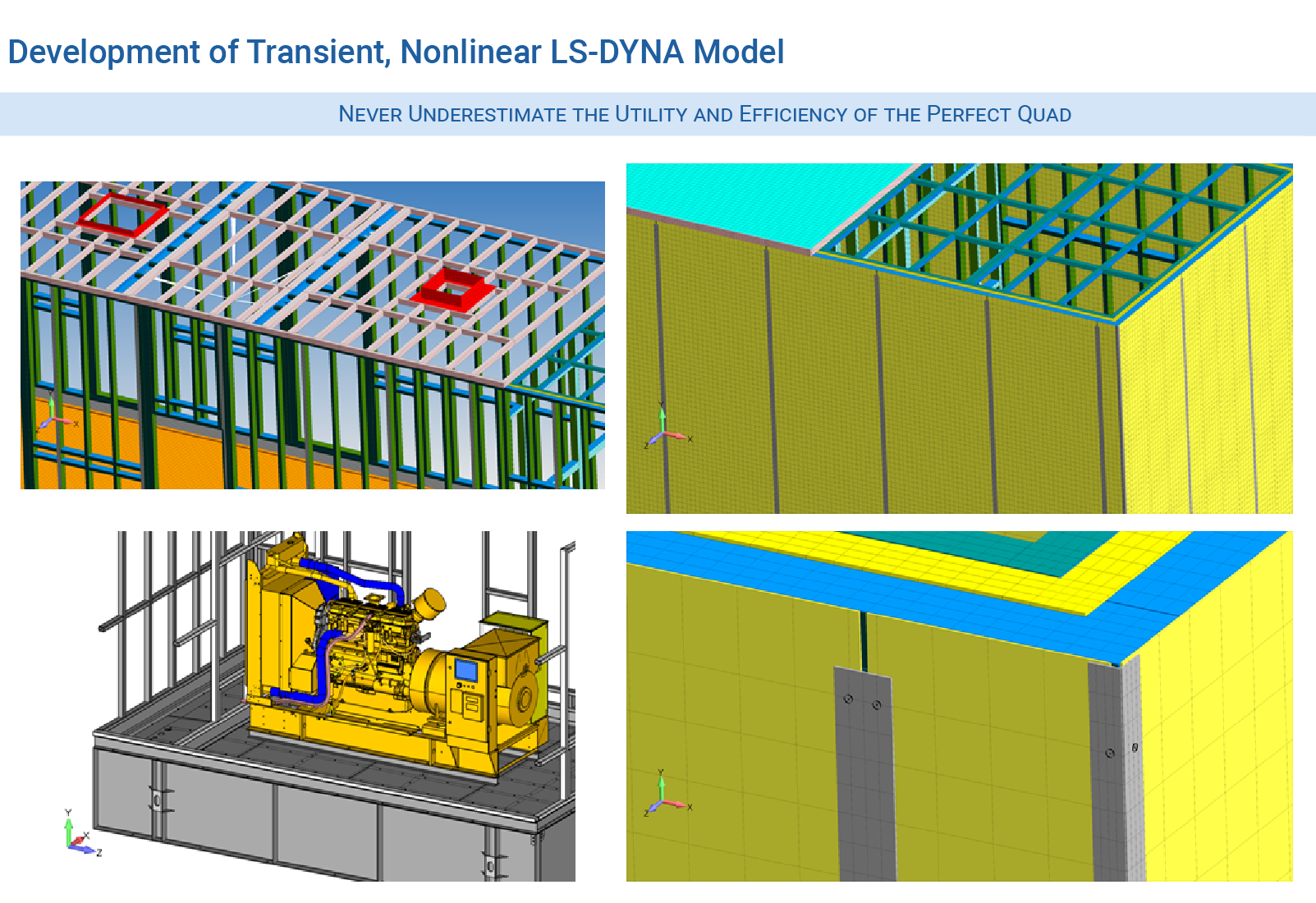 The quad dominant model had 1.2 million nodes and given the blast simulation of 250 ms, solved in about four hours using 32 CPU-Cores. The image above shows how the panels were attached to the frame via spotweld elements inserted through boarder and corner strips. These fasteners had their own unique failure criteria based on tensile and shear values. 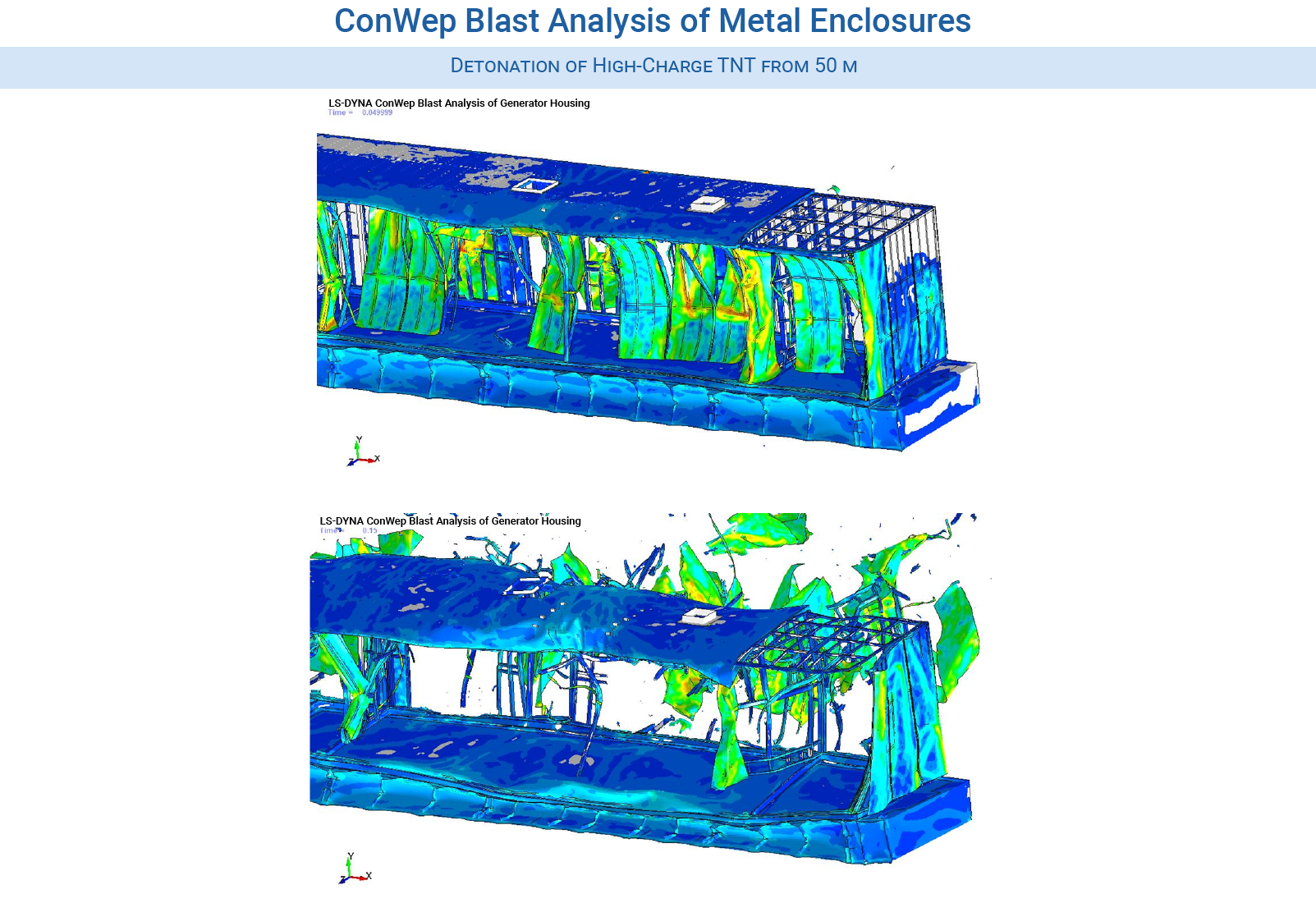 As the TNT charge was increased, the theoretical blast limit of the housing could be estimated. The LS-DYNA model captured the complete failure of the metallic panels, fasteners and space-frame structure. At the end of the blast simulation, the only part of the structure that was intact was the fuel tank. 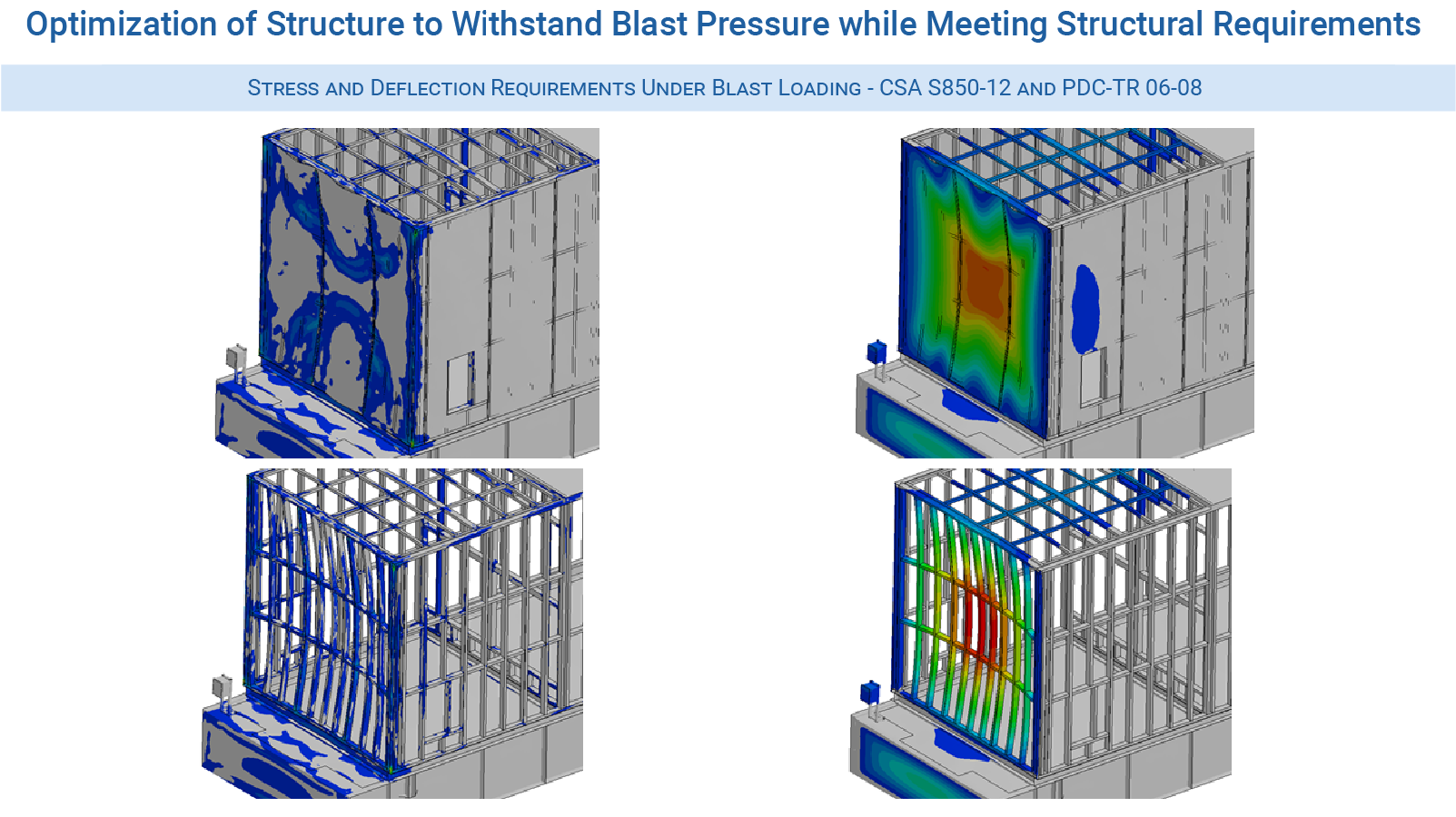 The structure had to pass Canadian and US protective standards under CSA S850-12 and PDC-TR 06-08 Protective Design for material allowables and specialized deflection requirements to ensure that internal components could continue operation during and subsequent the blast event. The results indicated an over-design of the housing and various components could be resized for more efficient manufacturing.