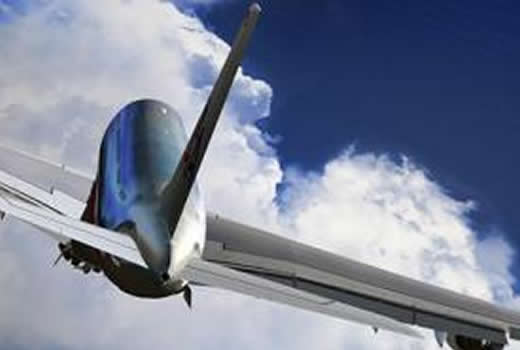 The complete turbine was modeled using brick elements for the turbine rotor system and main containment rings.  The outer frame (inlet volute and exhaust system) was modeled using plate elements.  The initial spin up of the turbine was simulated using an implicit solution and then switched to explicit for the fusing of the rotor disk and subsequent burst of the blade system.  Material failure was modeled using a mix-mode erosion criterion where the compressive and tensile failure modes were set to different values based on NASA provided test data.

The client used the results of the simulations to drive the design process.  The final LS-DYNA simulation accurately predicted that the burst containment system would function as designed and was subsequently validated by a turbine burst test.

Turbine Burst or Disk Burst Containment at 30,000 ft (well - not quite)

The FEA model was built from the Catia geometry set provided by the client.  A structured mesh was created of the system with mass elements used to represent the gear box and shaft weights. 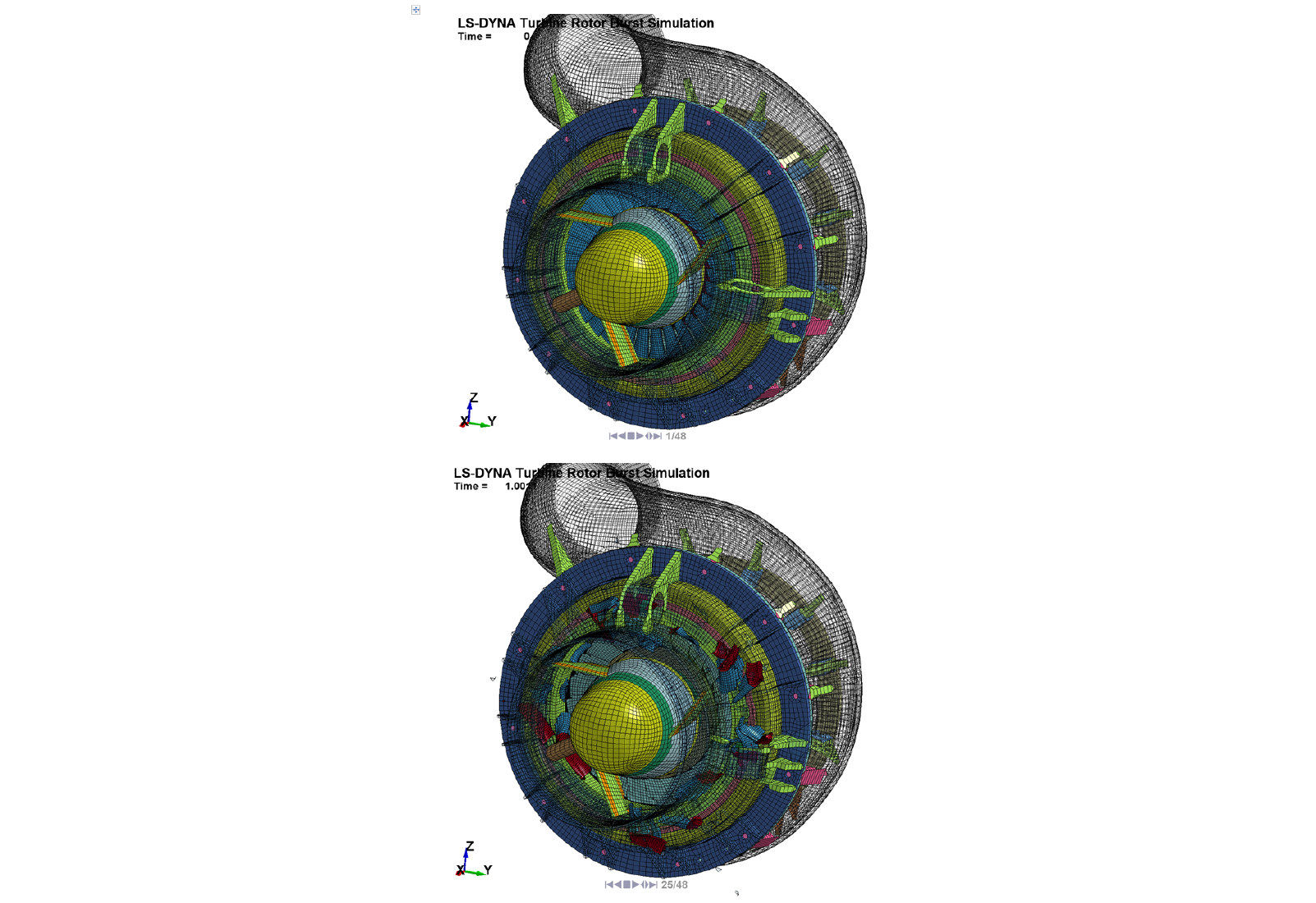 Figure 2:  LS-DYNA turbine rotor burst containment simulation at the start and near the end of the simulation.  Blade-out containment was not achieved on this prototype. 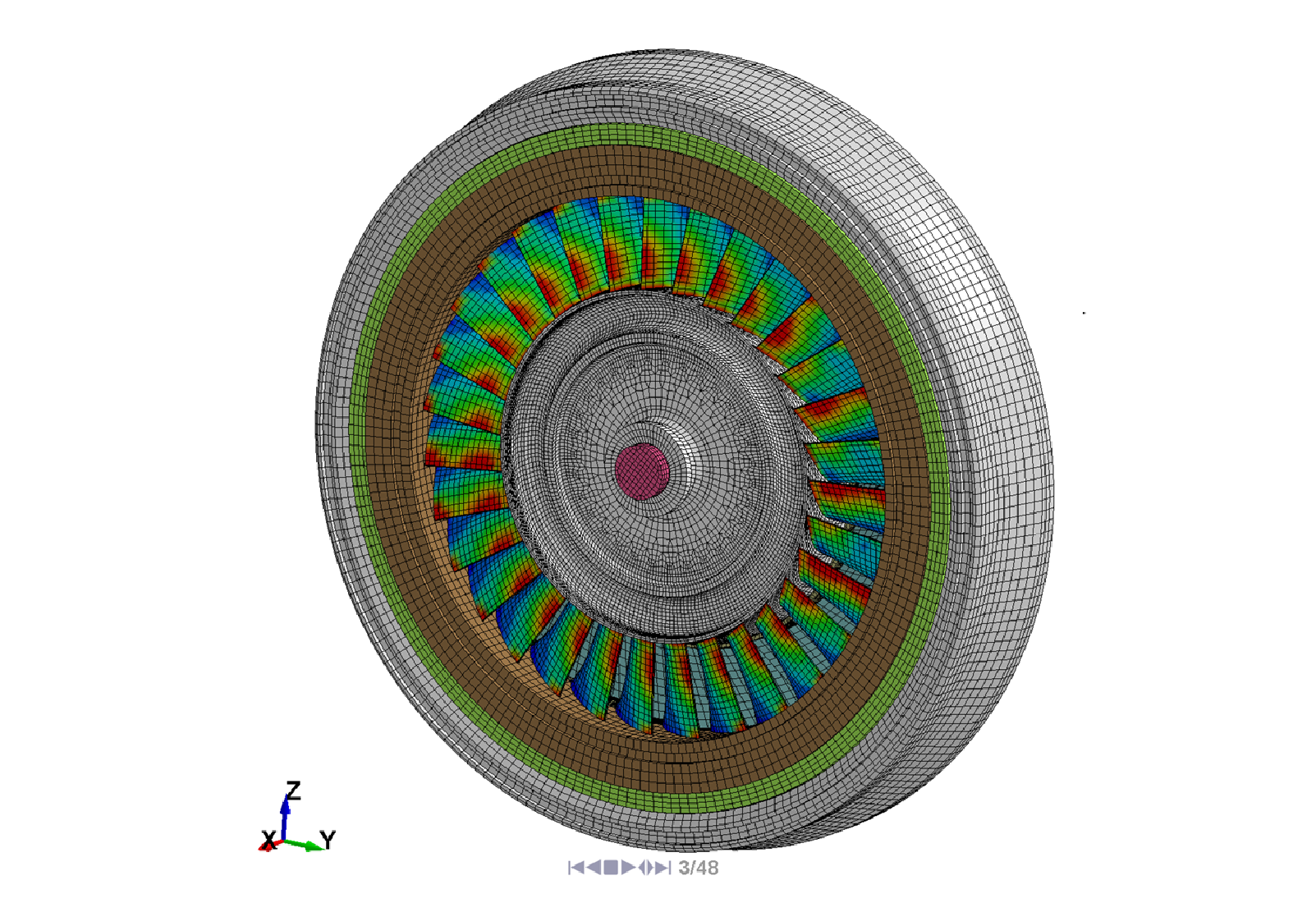 Figure 3: Implicit spin-up is used to set the stress state in the turbine blade prior to the burst simulation or fusing of the disk.

The use of an implicit solution to pre-stress the blade was important to set the correct stress state in the turbine prior to fusing of the blade.  The blade was fused by applying a sharp pulse load along a line of nodes within the disk fuse region.  This pulse did not cause the disk to wobble or any way effect its spin.

Figure 4: Upon triggering the blade burst (fusing) at the end of implicit pre-stress, containment can be seem to fail as the blades exit out of the front of the containment ring system.

Once the disk has blown apart, the heavy containment ring is relatively unscathed since the blade fragments escape or slide forward and exit through the turbine housing.  Blade fragments were matched to the experimental test and shown to be in good agreement based on a size distribution.

Figure 5: The LS-DYNA simulation was validated against experimental data through the comparison of blade fragments and damage done to the turbine housing.

Although containment was not shown for this design version, the final disk-burst analysis model accurately predicted containment and was validated by experimental results at the client’s test facility.  It was reasoned that the simulation approached saved hundreds of thousands of dollars since each test was in the range of $50,000.00 or more and weeks of setup time.