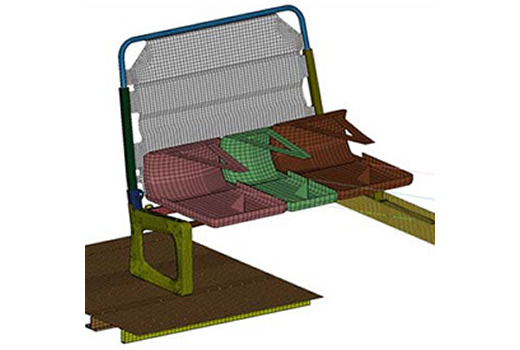 Under Federal Motor Vehicle Safety Standards (FMVSS) 210, 222 and 225; automotive and bus seats are tested under extreme conditions to ensure that the seat will not fail and cause human injury. Besides the requirement that the seat not be torn from the floor of the vehicle during a crash (FMVSS 210), the seat must also not be too rigid, or that is to say, we want the seat to act as an energy absorber during a collision (FMVSS 222). Lastly, new bus seats must also be able to support child car seats (FMVSS 225).

Analysis Tool: In all of these tests, the automotive bus seat is loaded well past its elastic limits, and in the case of the crash simulation, the seat belt attachment hooks practically rip the seat apart (see animation). The analysis tool of choice in this industry is LS-DYNA for its robust capability to solve basically the un-solvable.

Model Details: The FEA model was built using Femap. The model started out as a Unigraphics part file and was then converted into a surface model and plate meshed. A custom API program was used to calculate the explicit time step for the plate and beam elements allowing controlled meshing of all regions. This allowed us to obtain the highest possible time step (roughly 1 micro-second or 5 mm plate elements) without having to use mass scaling. The API algorithm was developed with the assistance of the LSTC support staff and generates the same time step information as that in the parent program. Femap users can download this API within the API download section of the Predictive Engineering website. The model was validated against the FMVSS tests and facilitated rapid prototyping of optimized designs.

Why? Without the use of LS-DYNA on this program, it would be nearly impossible to develop the current lightweight designs that are being implemented in the U.S. 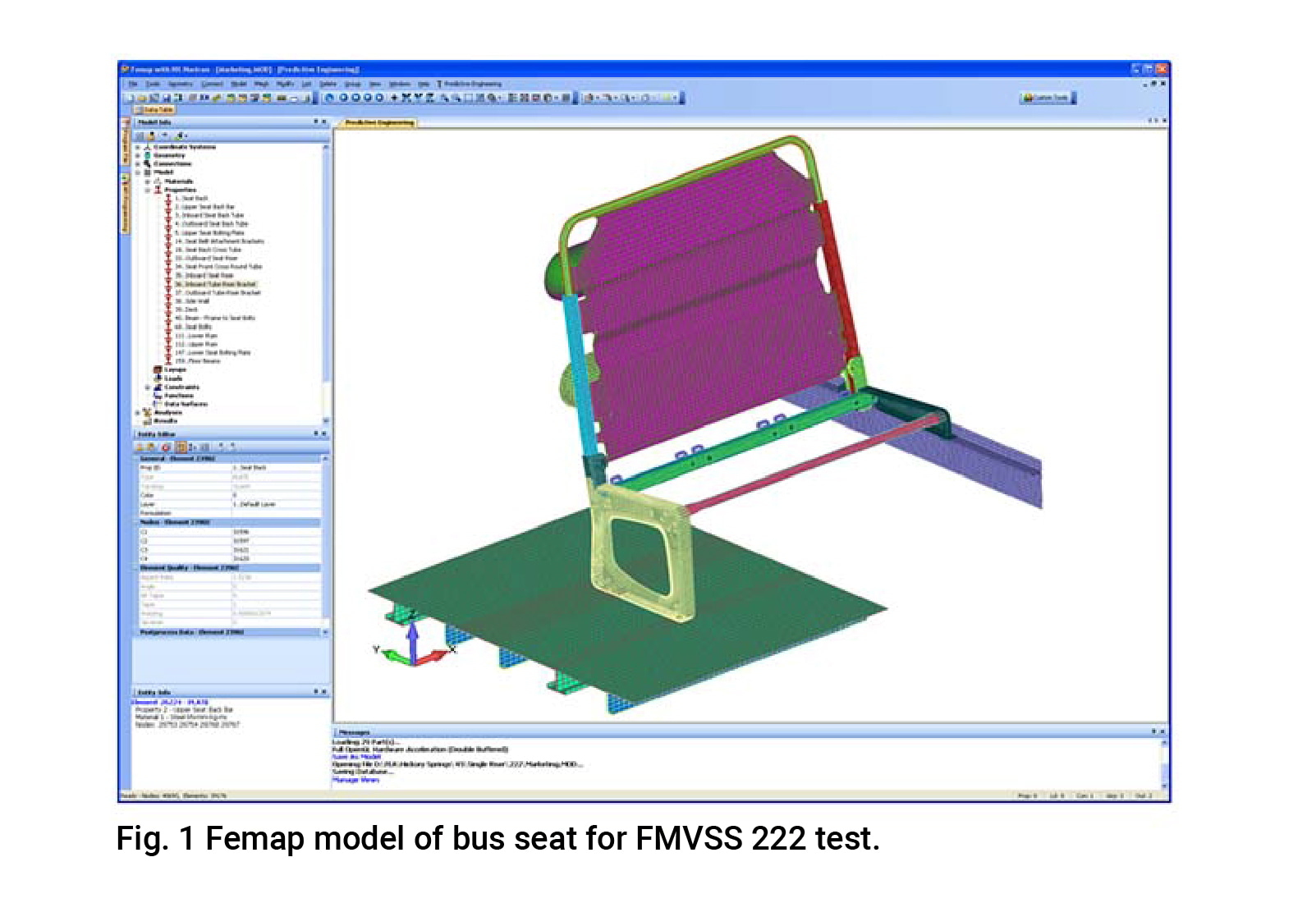 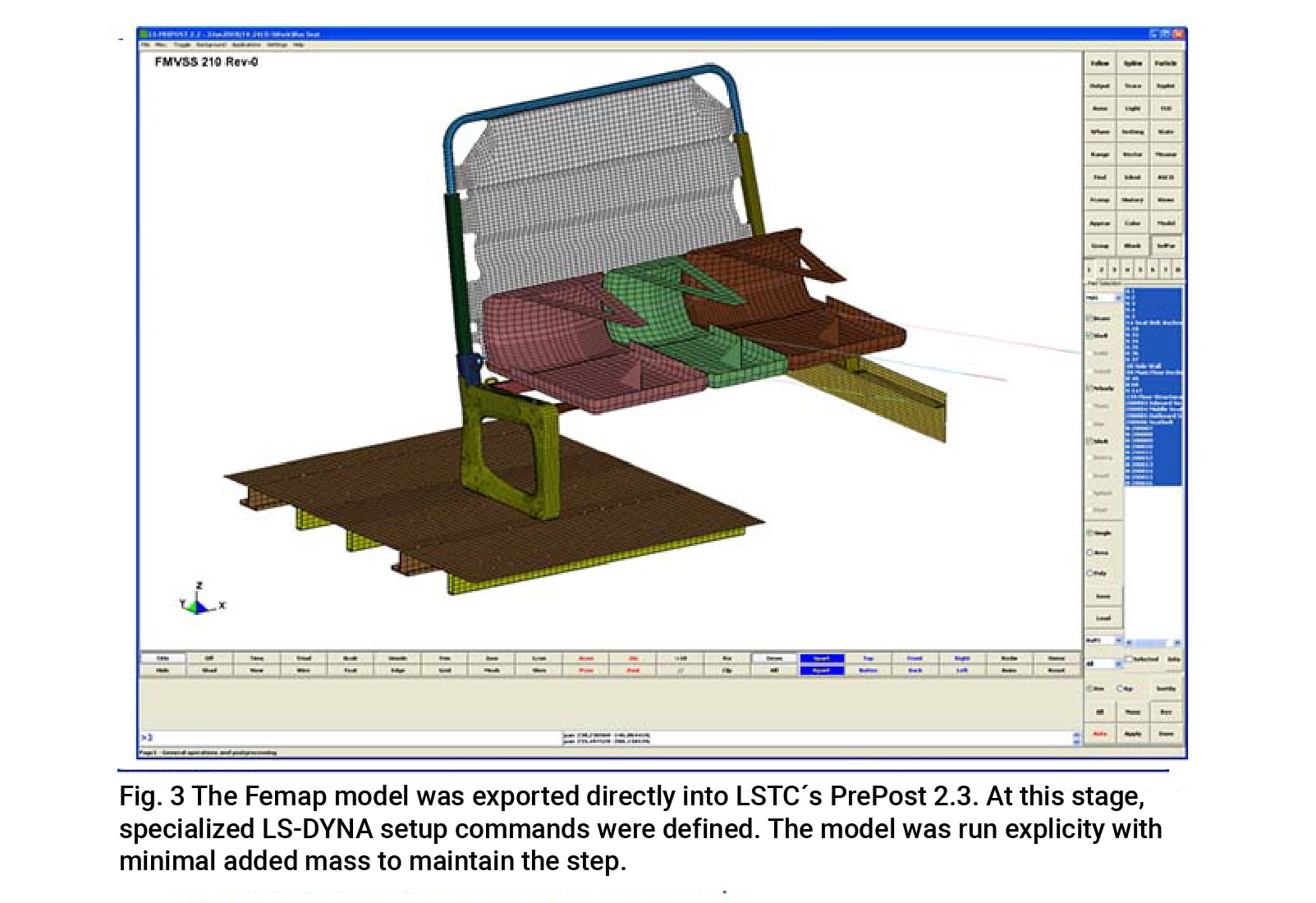 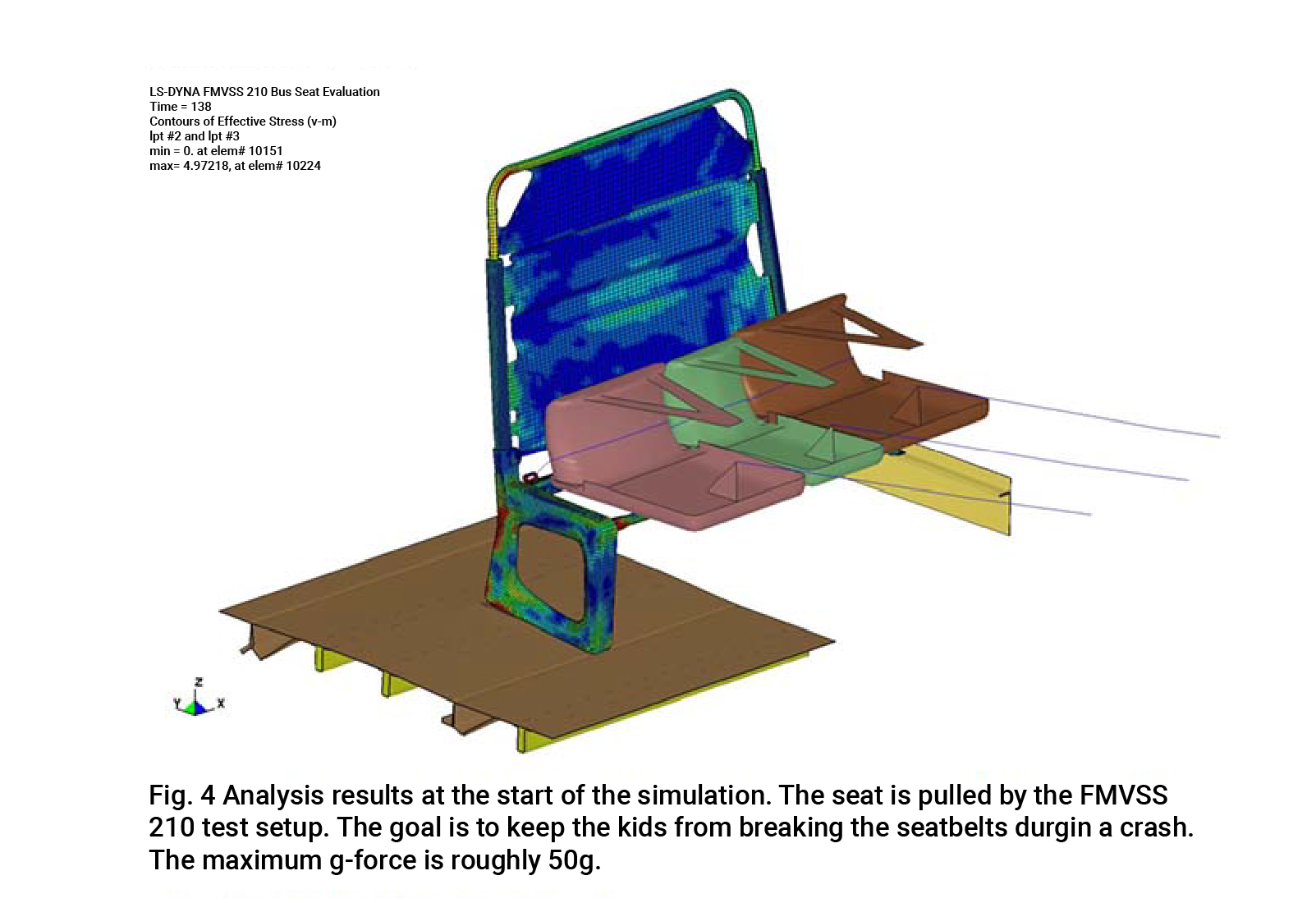 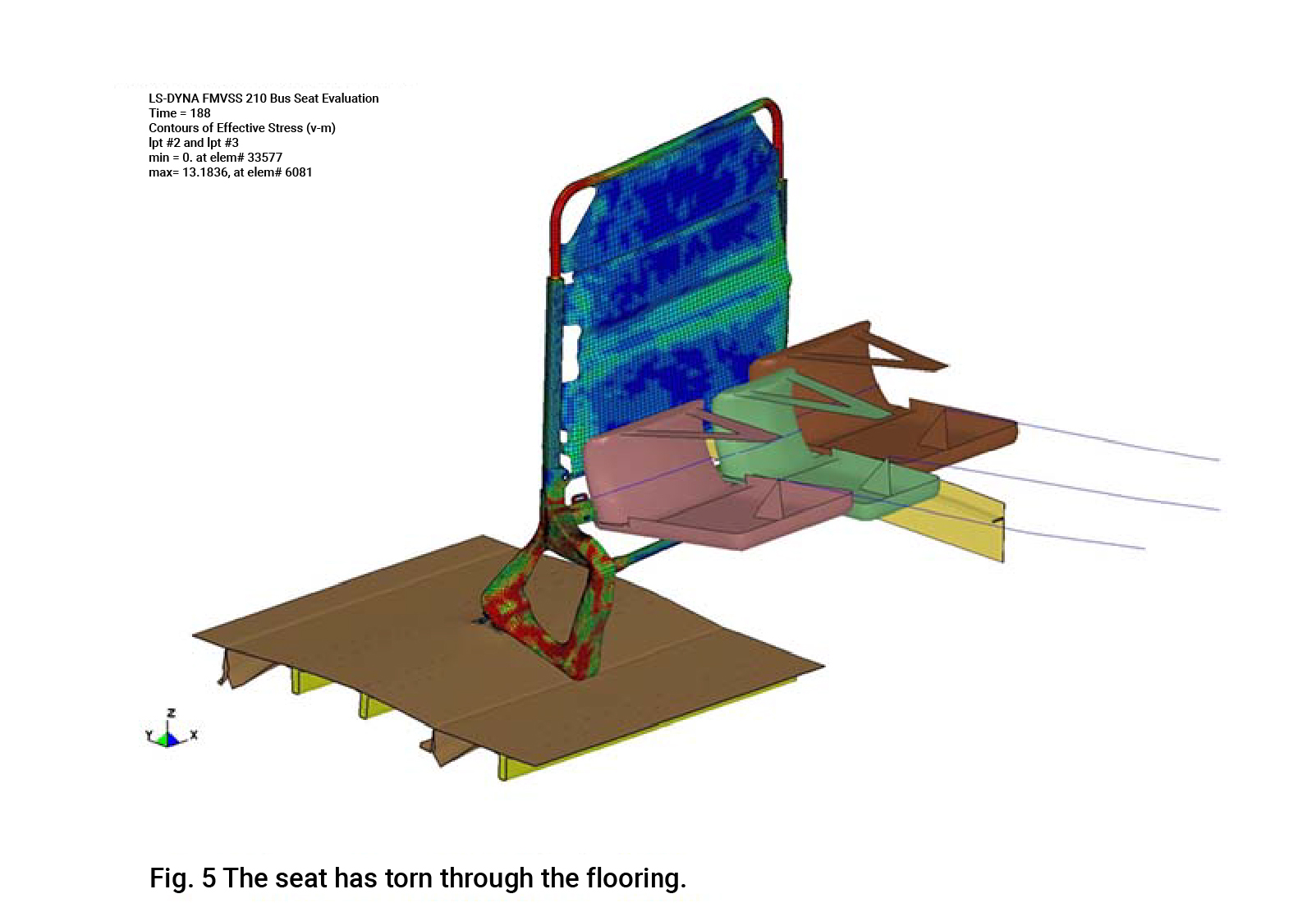 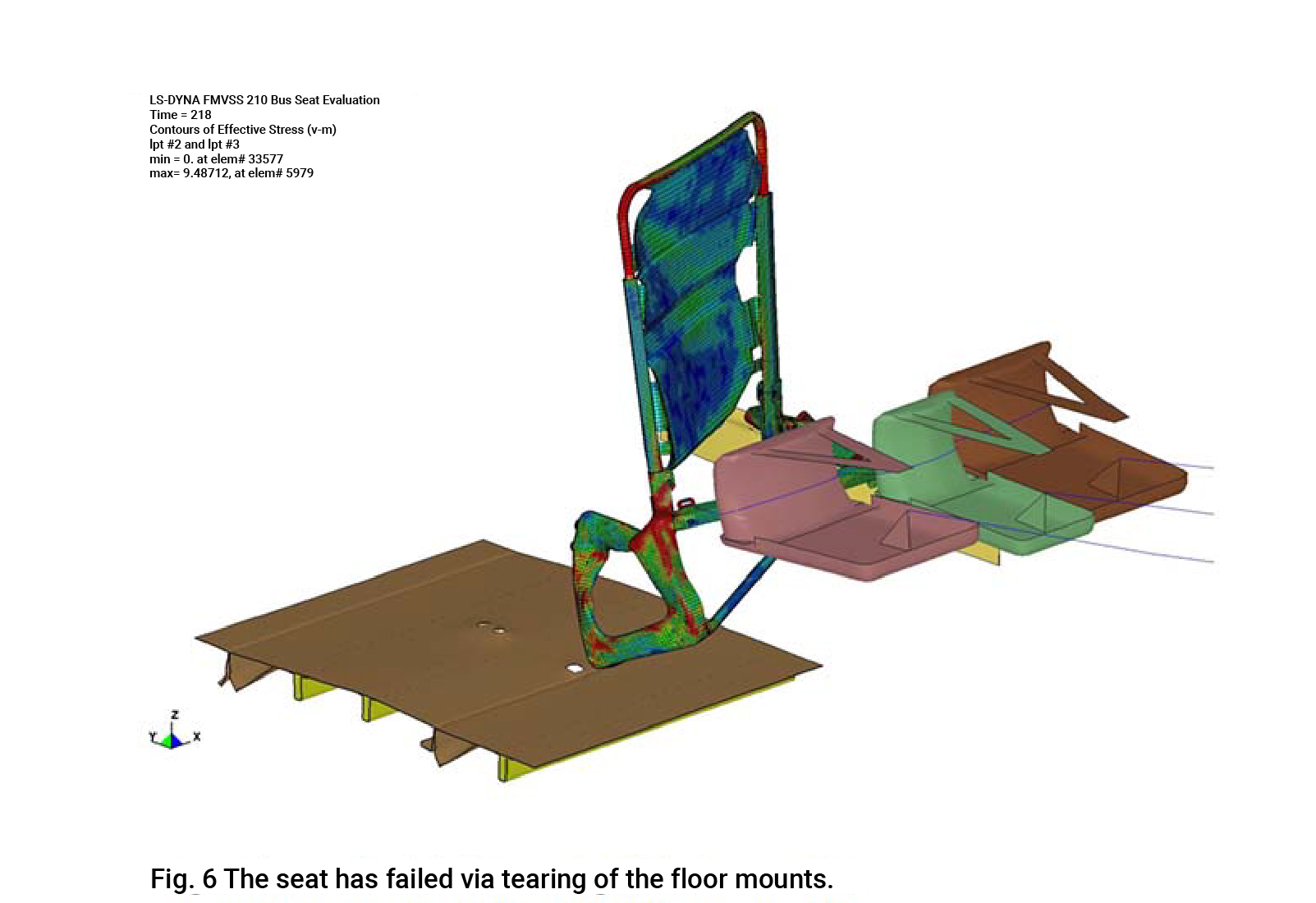 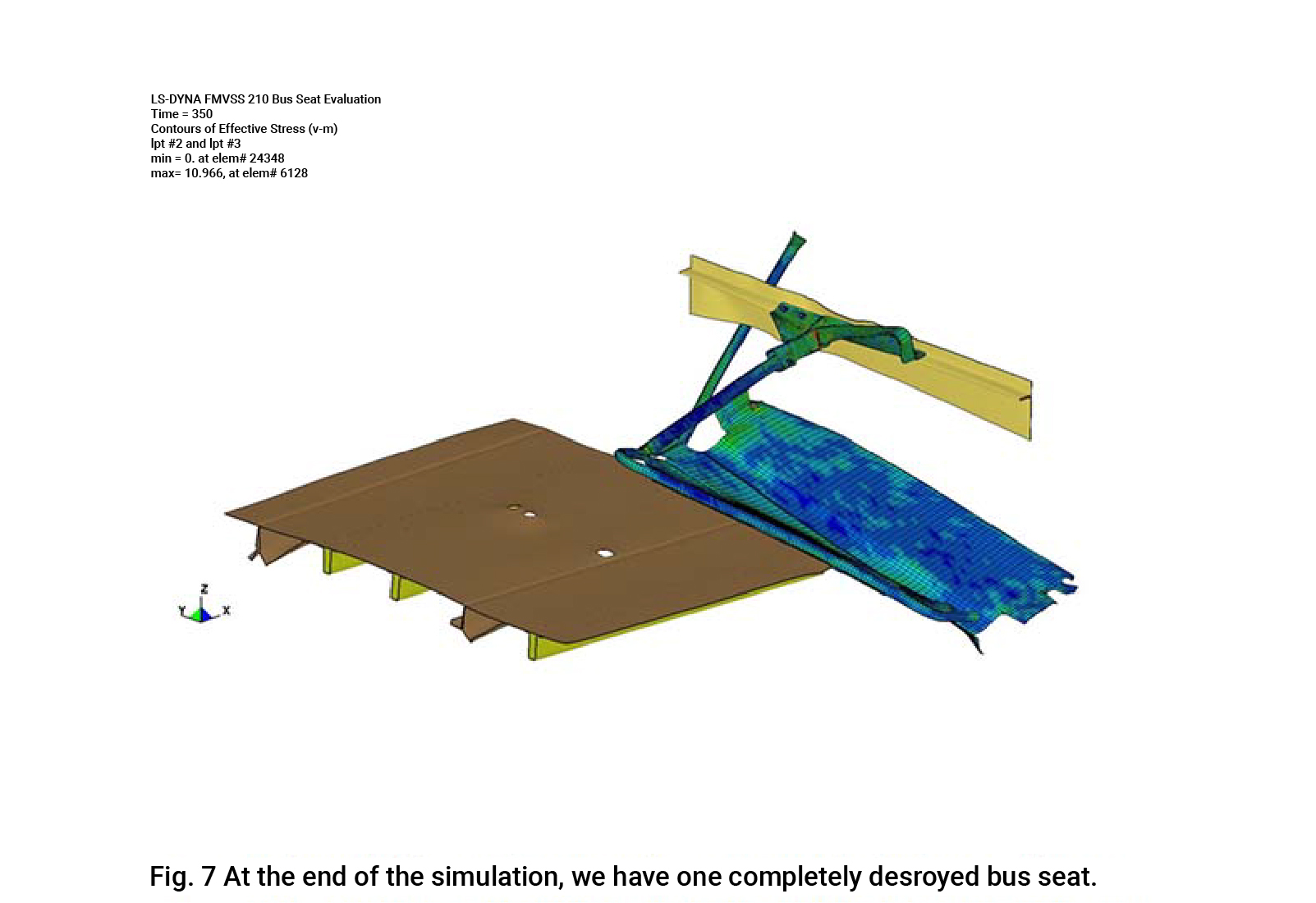