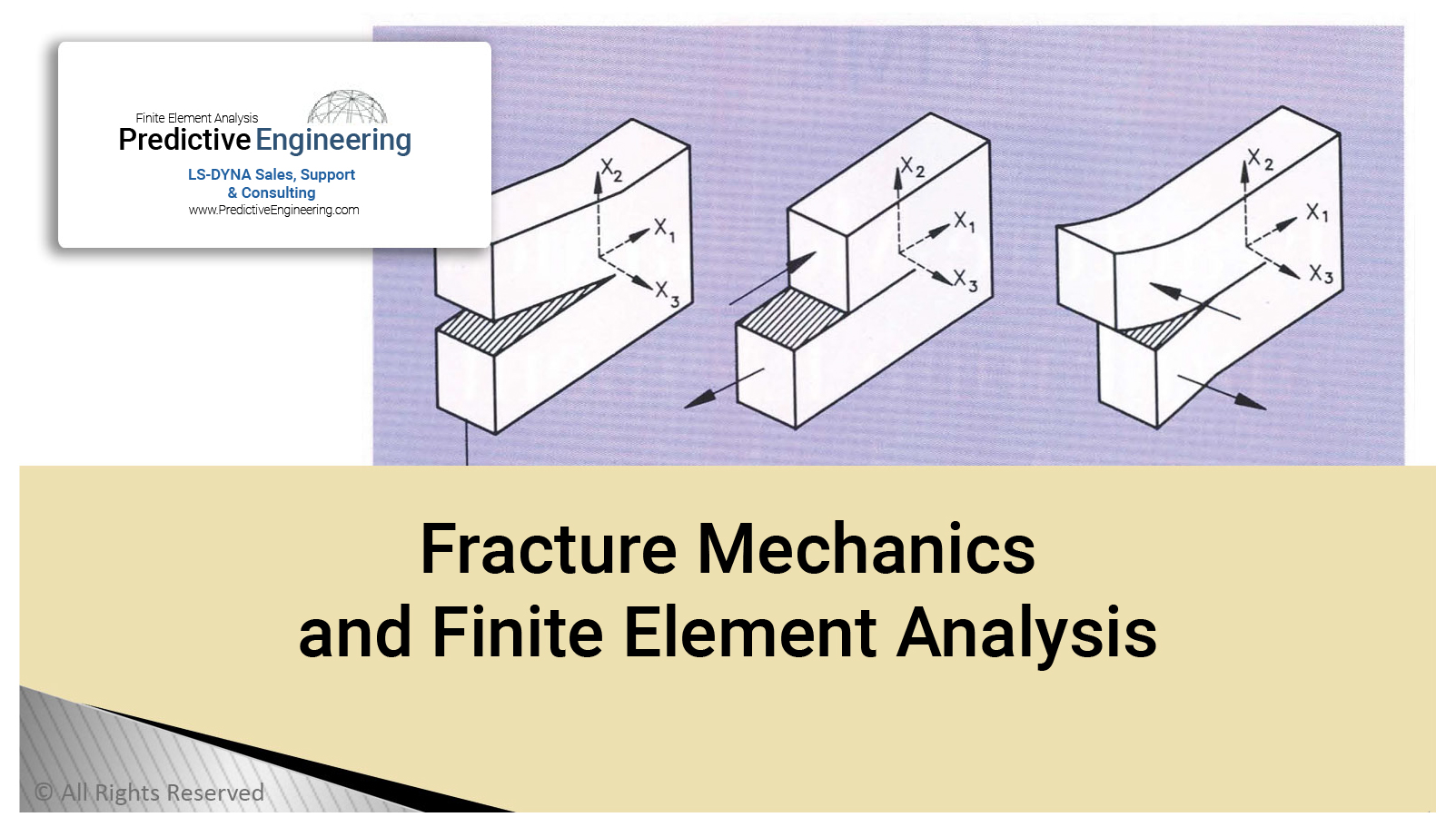 This white paper was done to provide an easy to understand approach to the use of finite element analysis (FEA) toward fracture mechanics. It starts off with a review of fracture mechanics and boils it down to a simple principle of energy in (loading) equals energy out (fracture).

Introduction: Fracture mechanics and finite element analysis are 20th-century technologies that have a profound impact on the way engineers design mechanical devices. structures and material systems. Although there is a wealth of literature in the e two fields. the basic concepts of these technologies are simple. Fracture mechanics describes the transfer of mechanical energy toward the creation of crack surfaces, i.e., the first law of thermodynamics. Finite element analysis is a numerical technique that solves continuum problems with an accuracy acceptable to engineer. Together these technologies provide powerful tools to predict critical loads or crack sizes that may cause fracture in proposed designs or existing structures. With the advent of modern personal computers and finite element codes it may now be much simpler to solve engineering fracture mechanics problems a priori rather than after a catastrophic fracture event. The foundation of fracture mechanics was laid in the 1920s by A.A. Griffith while he was working for the Royal Aircraft Establishment at Farnborough, U.K. According to J.E. Gordon, Griffith asked: "Why are there large variations between the strength of different solids. Why don't all solids have the same strength. Why aren't they much stronger?"

Conclusion: In conclusion. the engineer should realize that analytical results are only as good as the experimentally measured fracture toughness data and that the fracture toughness of a material is not single-valued but may vary significantly due to environmental or fatigue effects. Furthermore, the presented approach is quite basic and one should consider that the field of fracture mechanics is rich with analyses that did not work. This discussion has not considered the effects of fatigue, corrosion, or thermal mechanisms on the fracture process-these can play a dominant role depending on the service environment. Nonetheless, engineering has often been a discipline of making science work and, when properly applied, the use of fracture mechanics principles and finite element analysis can be a useful tool to ensure that the engineer creates the safest, toughest, and lightest structure.